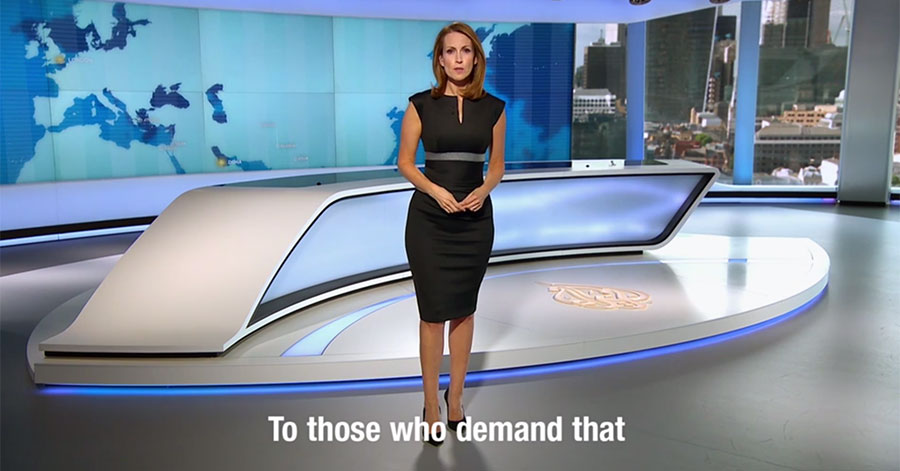 Boycotting Qatar economically is not enough for Saudi Arabia’s rulers. They have threatened to increase the pressure on Doha if the sheiks, who own the TV station, will not close its doors.  It is as if Poetin would order the BBC to stop broadcasting, as The Economist put it so sharply this week.

Indeed, it would be a shame if a country could force another to muzzle its journalists. Al Jazeera has shown both courage and weakness in covering the news. Courage when it reported on the Arab Spring, being all over the place, giving opinions on opinions, playing very much according the rules of good journalism. On the other hand it has always been weak towards Qatar itself, avoiding political themes and especially criticizing the rulers. On the whole, though, it has contributed to opening up the Arab world to modern news coverage. It has informed millions of people who had no access to facts and figures. Its English broadcast have educated millions who had no idea about countries in the Middle East, except that they are muslim and often at war. Al Jazeera has not only educated its viewers but also the not-so-openminded governments, some of which have tried to block the broadcasting company from working, like Iraq under Saddam Hussein.

Qatar must not accept such a blackmail, even if it means even harsher measures coming from Riyadh. But it would even be a bigger shame if the world would allow Al Jazeera to be closed down. This is not a conflict between to countries. The protection of free media is at stake here. We have only a day or two to make up our mind.

Go and use the social media to increase the pressure. For your own good.

This website uses cookies to improve your experience while you navigate through the website. Out of these, the cookies that are categorized as necessary are stored on your browser as they are essential for the working of basic functionalities of the website. We also use third-party cookies that help us analyze and understand how you use this website. These cookies will be stored in your browser only with your consent. You also have the option to opt-out of these cookies. But opting out of some of these cookies may affect your browsing experience.
Necessary Altijd ingeschakeld
Necessary cookies are absolutely essential for the website to function properly. These cookies ensure basic functionalities and security features of the website, anonymously.
Functional
Functional cookies help to perform certain functionalities like sharing the content of the website on social media platforms, collect feedbacks, and other third-party features.
Performance
Performance cookies are used to understand and analyze the key performance indexes of the website which helps in delivering a better user experience for the visitors.
Analytics
Analytical cookies are used to understand how visitors interact with the website. These cookies help provide information on metrics the number of visitors, bounce rate, traffic source, etc.
Advertisement
Advertisement cookies are used to provide visitors with relevant ads and marketing campaigns. These cookies track visitors across websites and collect information to provide customized ads.
Others
Other uncategorized cookies are those that are being analyzed and have not been classified into a category as yet.
OPSLAAN & ACCEPTEREN